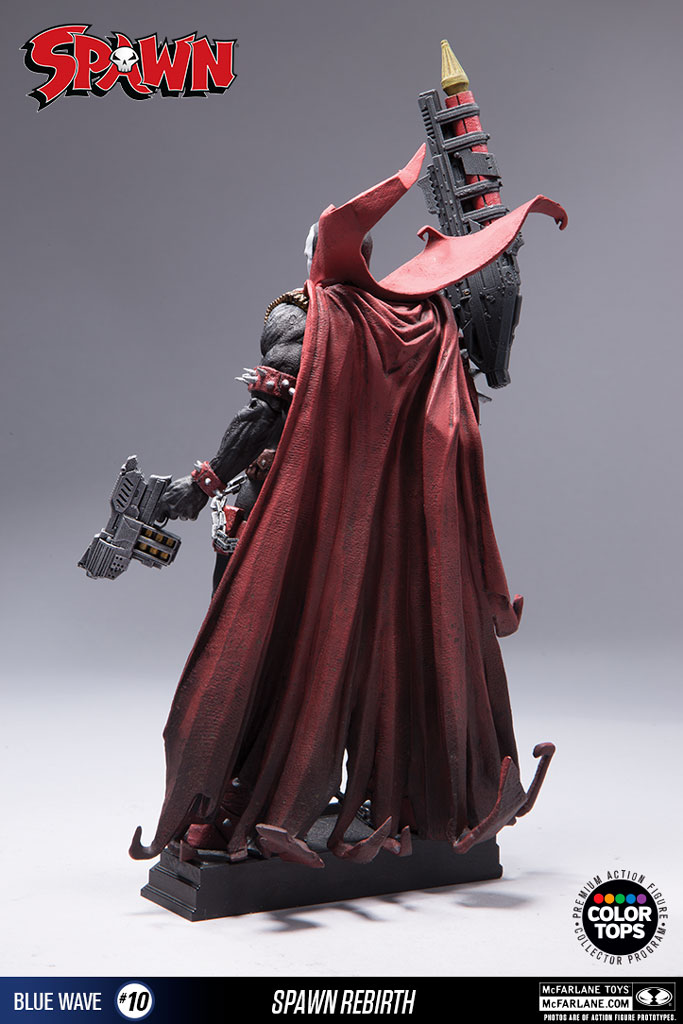 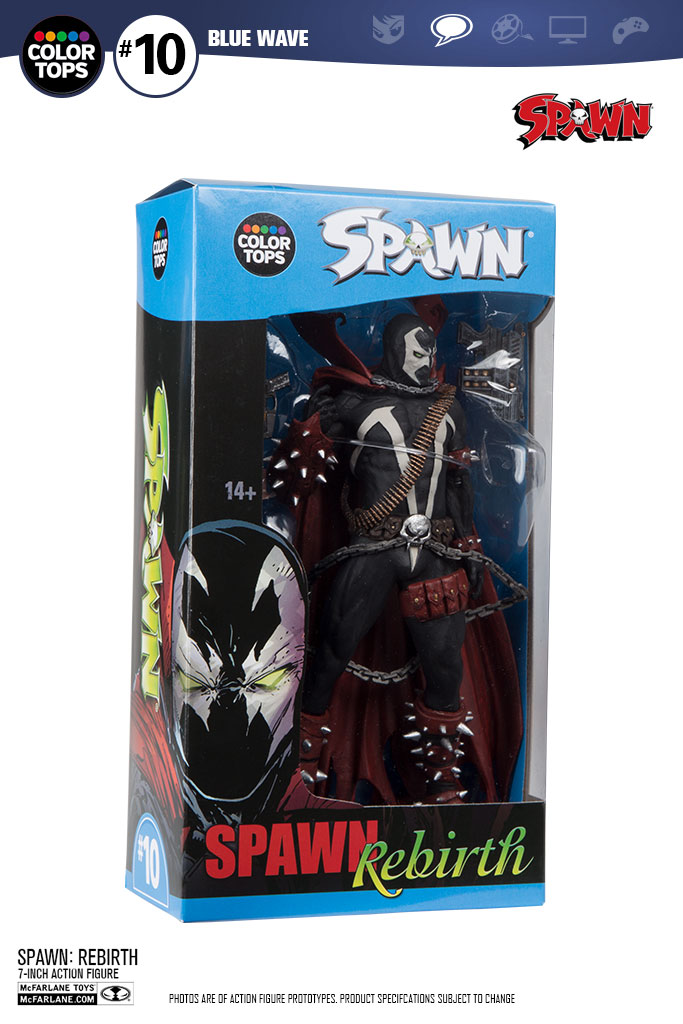 Al Simmons, once the U.S. government’s greatest soldier and most effective assassin, was mercilessly executed by his own men. Resurrected from the ashes of his own grave in a flawed agreement with the powers of darkness, Simmons is reborn as a creature from the depths of Hell– a Hellspawn. Now, Spawn must choose between his life on Earth and his place on a throne in Hell.

This figure stands 7 inches tall and comes equipped with an assault rifle and pistol. Spawn is sculpted in his signature black and white Spawn costume, complete with iconic red cape and spiked gauntlets. Stylized display base included.